Welcome To VIR: Your last place to be a Man

Sam Elliot To Take On Sasquatch

Epic Pictures has just released the poster for their new film, The Man Who Killed Hitler and Then the Bigfoot.

It was produced by John Sayles.

And based on the description and poster the film looks to be one hell’uva ride.

What do you think?

We can’t wait for the trailer to drop!

What’cha think ol’ Sam will use to hunt Bigfoot? 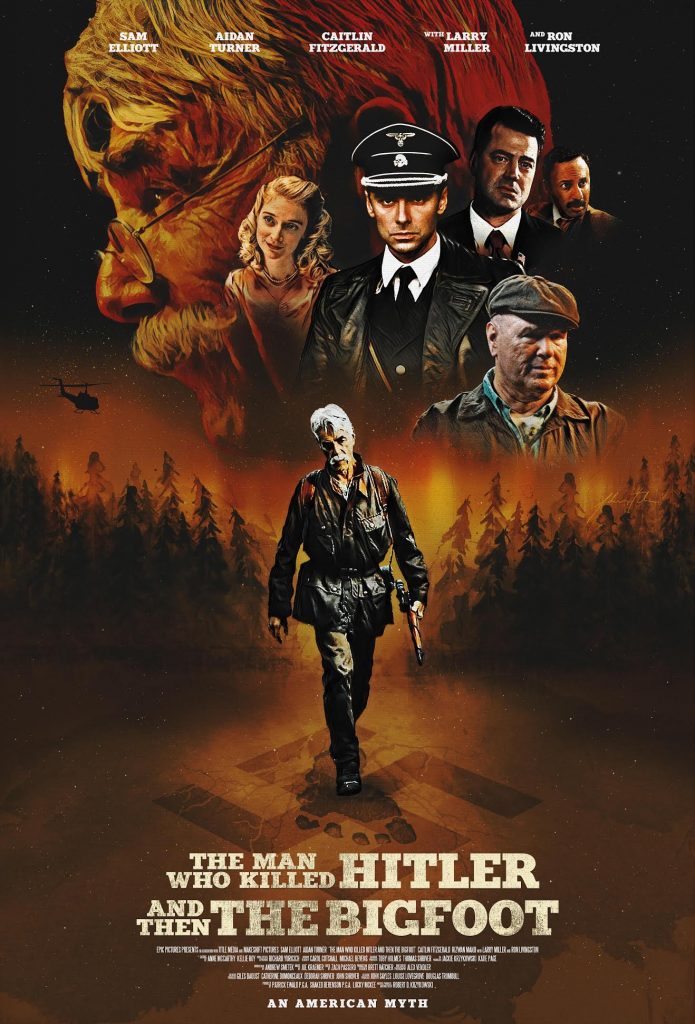 Sam Elliott (TOMBSTONE, ROAD HOUSE) stars as a legendary World War II veteran who many years ago assassinated Adolf Hitler – an incredible secret that he’s frustratingly unable to share with the world. One day, just as he’s coming to terms with rounding out his life, Calvin gets a visit from the FBI and The Royal Canadian Mounted Police. They need him to take out Bigfoot. This wondrous feature debut from writer/director Robert D. Krzykowski features visual effects by celebrated two-time Academy Award Winner Douglas Trumbull (2001: A SPACE ODYSSEY, BLADE RUNNER), who also co-produced alongside the great John Sayles (EIGHT MEN OUT) and Lucky McKee (THE WOMAN). A fantastical discourse on the melancholia of old age and a singular blast of entertaining wit, THE MAN WHO KILLED HITLER AND THEN THE BIGFOOT also stars Aidan Turner (THE HOBBIT trilogy), Caitlin FitzGerald (Showtime’s “Masters of Sex”), and Ron Livingston (OFFICE SPACE).

The Predator Is Back...And He Looks PISSED!

Did Teddy Roosevelt Kill A Bigfoot?

Bigfoot Is PISSED In Primal Rage